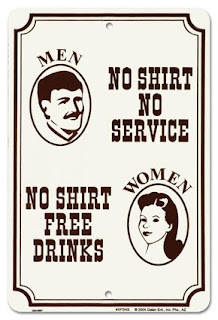 Posted by The Visionary at 11:14 PM No comments:

Broke even yesterday as I didn't want to over-do things after a huge Wednesday. However, I do have a big 5-unit play for Friday night along with two others that I like. I am loving the 5-unit play. We are only a week away from the start of the NFL preseason. Until then, enjoy the bases tonight....

Posted by The Visionary at 5:59 AM No comments:

For those who have never heard this clip, this may be the best radio interview in sports talk history.

Classic!
Posted by The Visionary at 5:10 AM No comments:

I don't know how many people are actually reading this blog. Those who aren't are missing out on some easy winners. The Visionary had another perfect 3-0 Wednesday and we are heating up. Let's keep things going on Thursday. Two 3 unit plays for today that I feel very good about. Don't forget that some of these are day games and to get them in early if you are riding with The Visionary. Enjoy!

Good Luck & Remember to Always Stay Away From The Losers!

Posted by The Visionary at 4:54 AM No comments:

Foxwoods Casino in Connecticut saw nine women get insulted in Spanish by the two men working a roulette wheel last September. Now, there’s a lawsuit. You’re shocked? Yes, so are we.

The women sat down to have good time and play some roulette when one of the men said to the other, “Great, we have a bunch of dumb broads that don't know how to play.” And then he got really rude, digressing into some good old fashioned Spanish name-calling that included referring to one of them as a lesbian (not the nice term for lesbian) and then going on to suggest that they wanted to make love to one of them (also, not the nice term for love making).

Here’s the crazy part, one of the women actually spoke Spanish! Wow, imagine that, an American who speaks Spanish. Actually what’s most surprising is that only one of the nine did. What a couple of idiots. They should really be downgraded from Roulette to Keno.

So the women complained to the casino and the casino basically said, “Oh my that’s awful. Here are some VIP passes to a lounge and some free scrambled eggs.”

The ladies became insulted by the offer of eggs as compensation and attorney Arnold Kriss was brought in. Kriss determined that the casino employee’s rude words are worth half a million to each plaintiff for the humiliation they endured – even though only one of them actually understood it. Hell, maybe they should be suing their Spanish speaking friend for telling them what was said. Without her there never would have been any humiliation.

Anyway, this thing could be held up in court for years as the Foxwoods casino, which is owned by the Mashantucket Pequot Indians, claims sovereign immunity and that this would have to be tried in its own tribal court. So it’s looking like there will be a court battle to decide which court the next battle will take place in. And who wins? That’s right folks, the lawyers.
Posted by The Visionary at 9:13 PM No comments:

Tuesday wasn't that great, but we were one run away from another big day. I really thought the Angels would cover that runline. I have three good ones for Wednesday. Here they are...

Posted by The Visionary at 4:45 AM No comments:

How about that for a Monday. Cashing both 5-unit plays and getting us right back in the black. Whaddaya say we keep it gong tonight? Sounds like a plan. On to Tuesday...

Posted by The Visionary at 6:40 AM No comments:

I hope everyone had a good weekend. Things did not go as planned on Sunday. I fell asleep during the ESPYs. I wasn't really digging the whole thing anyhow. Justin Timberlake is just way to "pop sensation" for my liking.

As for Monday, I have two MLB moves that I love today and they are both underdogs. Enjoy!

Posted by The Visionary at 5:50 AM No comments:

We have an exciting Sunday of sports to watch; that's if you are golf fan and a baseball fan. If all you care about is football, we are just a week away from the 'Hall of Fame Game'. So, stay tuned.

I am looking forward to watching Norman today. I am going to throw down a unit or two that he gets it done. He has been playing too solid to blow it. Whatever happens, it's not going to be a mental breakdown that loses it for him. This isn't Phil Mickelson we're talking about. If he loses it, one of the studs below him on the leaderboard will have to take it.

As for baseball, I have a big 5-unit play on the Giants who are cashing tonight. Sunday night baseball should be a good matchup. I like the red hot Angels as a small dog vs. the struggling Sox who are letting Tampa Bay pull away. If you don't ride with me here, you can still enjoy watching Wakefield's annoying knuckelball tonight. The Visionary is gong to be tuned to the TV set today. The ESPY's are also on after Sunday night baseball if you like that stuff. However, I don't like Justin Timberlake.

Posted by The Visionary at 4:26 AM No comments:

Support The Visionary's Cause

Help The Visionary Keep This Blog Alive & Keep The Picks Coming! Show Your Appreciation By Donating Below!

or Donate Using
Go Fund Me

I ask that you take a quick gander at the professional handicapping service of Bankroll Sports for expert picks along with NFL team rankings and other NFL futures information and articles on the latest 2013 Super Bowl odds and week 1 & Week 2 NFL Lines. You will also find their writer's own personal NCAA Football Top 25 and they provide some information on top betting systems. They offer premium service picks & free plays daily from their handicappers.